Why is it Important?

The Hermitage Hotel was where both the pro- and anti-suffrage forces gathered to plot their legislative strategy. The hotel staff, particularly Finance Director/historian Tom Vickstrom, have done a wonderful job in preserving the history. The U.S. Department of the Interior has declared The Hermitage Hotel as a National Historic Landmark. 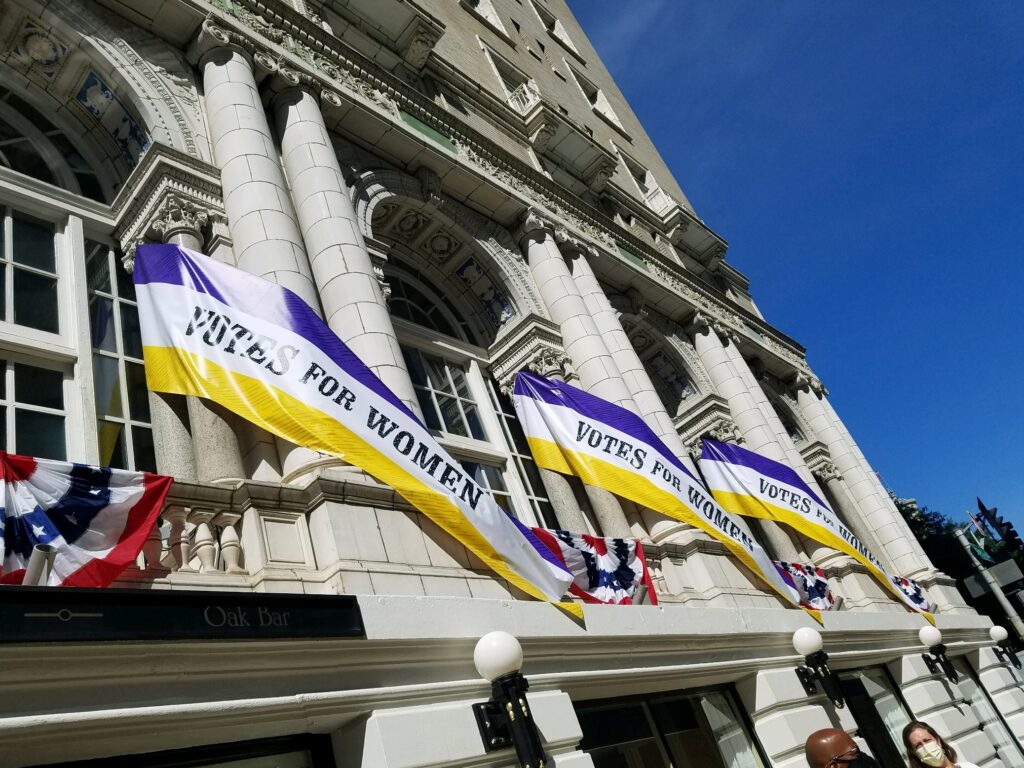 When the 75th anniversary of woman suffrage was celebrated across the nation in 1995, we were fortunate in Tennessee to have several individuals who made our celebration as “The Perfect 36” particularly meaningful. First, we had premiere woman suffrage historian, Carol Lynn Yellin of Memphis, who wrote the definitive article – “Countdown in Tennessee” – that appeared in American Heritage in December 1978. No one else in Tennessee had her knowledge and research on this important subject.

Then, we were fortunate to have Dr. Janann Sherman, historian and biographer of the late Senator Margaret Chase Smith, who joined the faculty at the University of Memphis in 1994. Dr. Sherman agreed to undertake another massive project — mounting an exhibit at the university’s Art Gallery unlike any that had ever been done before. For the first time, original artifacts, papers, photographs and memorabilia about the struggle for woman suffrage were gathered under one roof. This outstanding exhibit, which traveled across the state, featured materials that had never been seen before by the general public. Photographs of that exhibit are seen throughout The Perfect 36: Tennessee Delivers Woman Suffrage, and they help tell the story of how American women won the right to vote after a 72-year struggle. 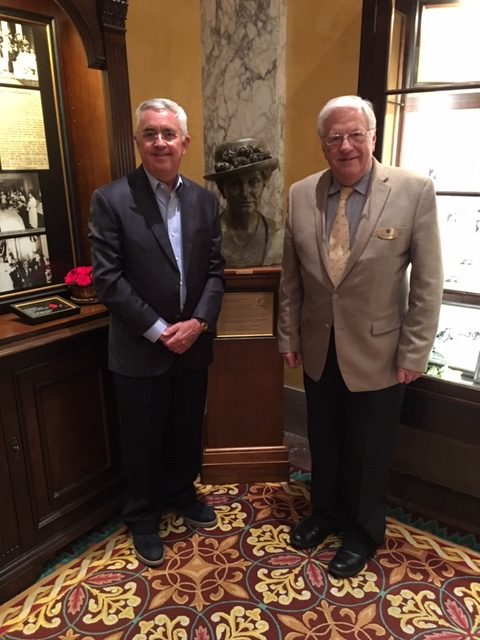 Bill Haltom, left, and Tom Vickstrom are shown at the new exhibit in the Hermitage Hotel in Nashville. Tom and his wife, Wanda, created the suffrage exhibit by the hotel lobby which features a bust of national suffrage leader Carrie Chapman Catt, who came to direct the pro-suffrage forces in 1920. She stayed at the hotel as did Rep. Joe Hanover of Memphis. Nashville artist Alan LeQuire sculpted the bust.  Bill, an author and retired attorney, has written a new book about Joe Hanover entitled Why Can’t Mother Vote – Joseph Hanover and the Unfinished Business of Democracy. Order information is at www.billhaltom.com

The e-book is available at: Why Can’t Mother Vote?: Joseph Hanover and the Unfinished Business of Democracy 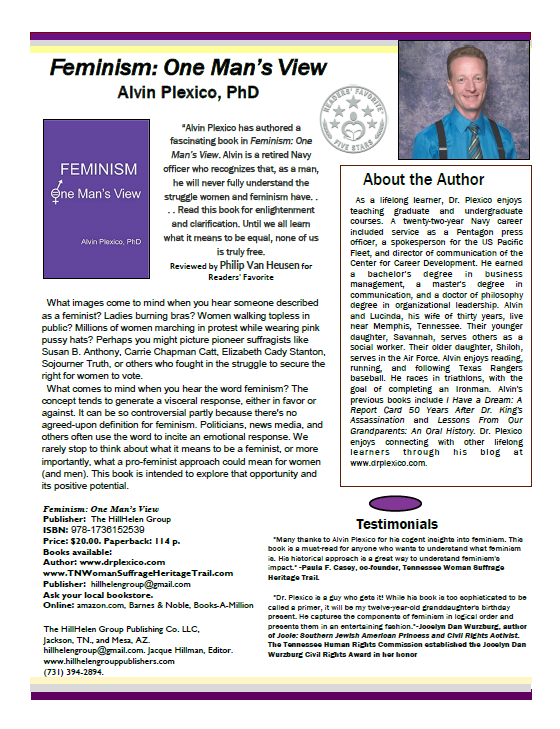 This celebration of Tennessee’s pivotal role in the passage of the 19th Amendment coincided with another important celebration — Tennessee’s Bicentennial. Tennessee has contributed so much to our great nation. This history also reminds us of how our democracy works and the role that all citizens can play. The struggle for American women to win the vote is one of the greatest in our nation’s history. They achieved their goal against enormous odds. Generations of women and the men who supported them are recounted in this magnificent story.

It is a story of dedication, courage, persistence, patriotism, bipartisanship and faith. We are proud of the Tennessee General Assembly in 1920 — both Republicans and Democrats — who worked together to secure our state’s place in this great history. We are proud of the members of the Shelby County legislative delegation who led the way, and especially Representative Joe Hanover of Memphis, the second-youngest member who kept the pro-suffrage forces together as floor leader. A Polish immigrant, he believed so strongly that everyone should have the right to vote in a democracy that he ran for the General Assembly just to cast his vote for the 19th Amendment. He kept the pro-suffrage votes together despite the onslaught of opposition from the liquor, railroad and manufacturing interests. It was Harry Burn, a Republican and the youngest member of the Legislature, who cast the deciding vote. Susan B. Anthony, the great suffrage leader, was a Republican as was suffragist Alice Paul, whose grandfather founded the Republican Party in New Jersey. It was Governor A. H. Roberts, a Democrat, who called the Legislature into special session to vote on the 19th Amendment.

That it happened in Tennessee — when no other state was close — is a source of immense pride. We hope that, after reviewing this inspiring story of the difficult struggle the suffragists endured, you will cherish your right to vote and visit many of the sites on this heritage trail.

In 1893, the Tennessee Supreme Court declared:

“By the English or common law, no woman, under the dignity of a queen, can take part in the government of the State, and they can hold no offices except parish offices.  Although a woman may be a citizen, she is not entitled, by virtue of her citizenship, to take any part in the government, either as a voter or as an officer, independent of legislation conferring such rights upon her. It follows that unless there is some constitutional or legislative provision enabling her to hold office, she is not eligible to the same.“

In short, although a woman was a citizen of the state, she had no right to vote or hold any elected office.

Twenty-six years later, on April 17, 1919, Governor A. H. Roberts signed into law Public Chapter 139, an act granting women the right to vote for electors of President and Vice President of the United States, and for municipal officers. Women in Tennessee could now vote in most elections, but the bar to holding public office remained.

In August 1920, Tennessee became the 36th State to ratify the 19th Amendment to the United States Constitution; women throughout the country were then able to vote in the November 1920 Presidential election.

In a special election held in January 1921 in Tennessee to fill the vacancy caused by the death in office of Senator J. Parks Worley, his widow, Anna Lee Keys Worley, was elected by the voters of Sullivan and Hawkins counties as the first female member of any southern state legislature.

One thought on “About”