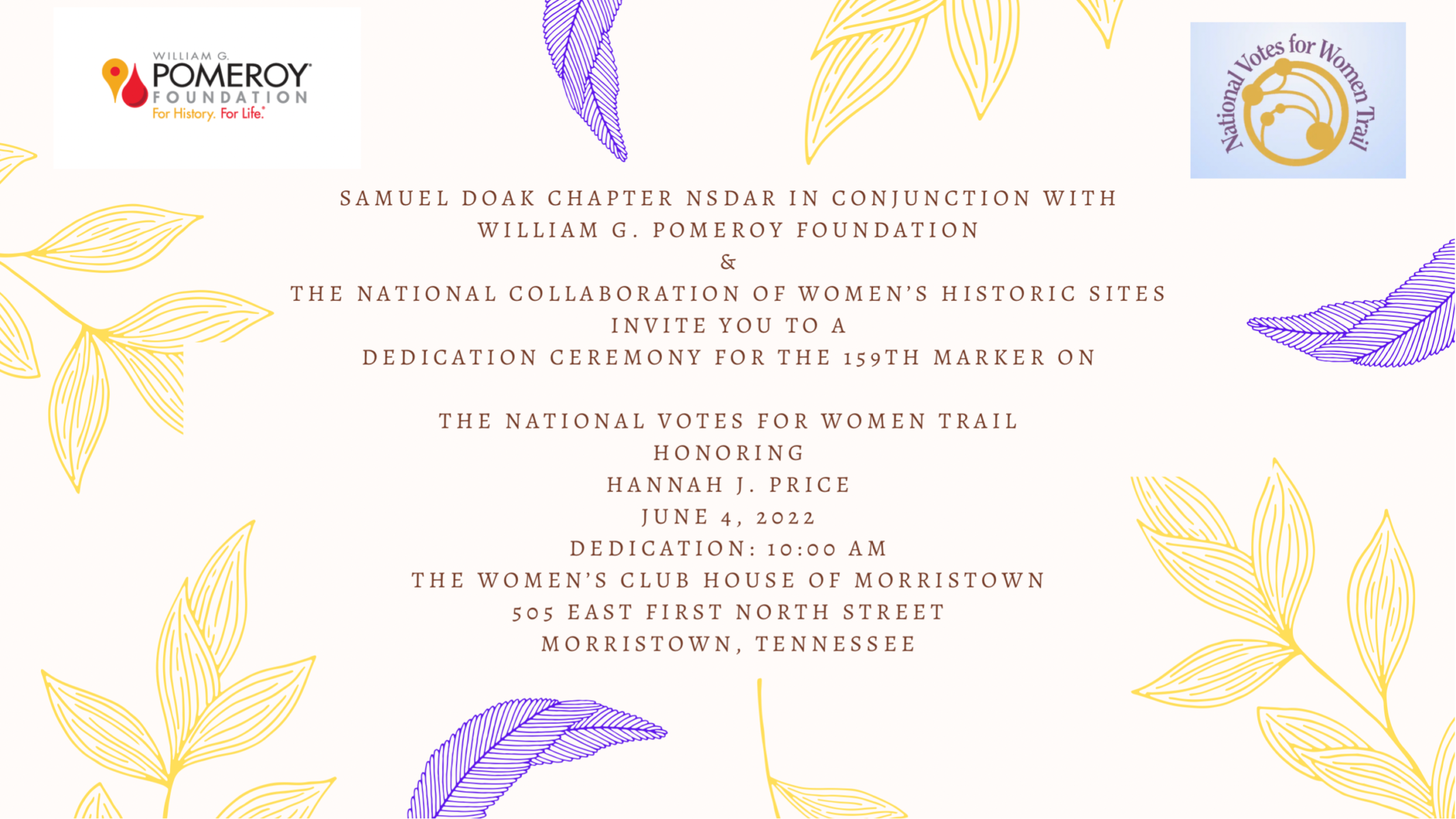 Suffrage Movement Through the State of Tennessee

This Heritage Trail is a work in progress. We welcome your suggestions of other sites for inclusion. Please send suggestions to: twsheritagetrail@gmail.com.

Our Vision: The suffragists believed that democracy required active participation. It was not a spectator sport. They fought so American women could have a say in their government. They were the original persisters. Their story must be preserved.

"All American Women Vote Today Thanks to Tennessee."

Yellin and Sherman bring to life the struggle of suffragists to earn women the right to vote which culminated with the final vote needed for ratification in the Tennessee legislature. The Perfect 36 gives voice to those who were for and against the right of women to vote with a richly illustrated volume. The authors provide a great deal of writings of those who were involved in this important movement along with pictures and cartoons to give a vivid sense of what it was like to win enfranchisement. The Perfect 36 is an important resource for anyone interested in how women and men earned the right for women to fully participate in the democratic process of the United States.

The Great Fight for the Vote (Viking Press) tells the dramatic story of Tennessee's ratification of the 19th Amendment, placing it in the context of the long crusade for woman suffrage, as well as the world of 1920. The story has wonderfully colorful Tennessee characters, powerful themes, and an important message for our nation today.

In “Echoes and Footprints,” discover the stories of West Tennessee history, stretching from pioneer days to more recent times. Listen for echoes of long ago. Look for footprints of those who walked before us. March in front of the White House in the bitter February 1919 cold with Sue Shelton White, Tennessee suffragist, and rejoice with her as Tennessee ratified the Nineteenth Amendment in August 1920, guaranteeing the right to vote for all American women.

Get In Touch with Us

If you have any questions, do not hesitate to contact us